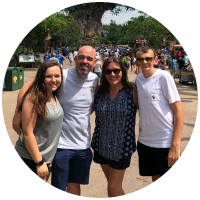 At the young age of two, Tucker Haas was diagnosed with a rare form of sarcoma in 2002. Tucker’s cancer did not meet the tumor marker for any of the “normal” sarcomas. The doctors began calling it rhabdomyosarcoma and Ewing’s sarcoma and finally, an undifferentiated sarcoma. Tucker’s cancer had already metastasized from the right side of his face to his right rib and lung making it difficult to know where the cancer originated. As a two-year-old, Tucker didn’t know any better and thought his days of inpatient hospital stays, chemotherapy, radiation, surgeries, scans and needles were “normal”.

While cancer took away so much of Tucker’s childhood, he quickly became well known in the THON community. Tucker sang at the family talent show in 2010 with his rendition of Boom, Boom Pow and quickly became a Youtube sensation. This is where Tucker and his family began to share his story and the story of THON to people around the world. Tucker appeared on the Today Show, Fox and Friends in NYC and in the Hero’s Among Us section in People Magazine. THON and the Penn State community soon became Tucker’s “safe place” where he could be a “normal” child not just “the kid with cancer”. Chad and Lisa, along with Tucker and their daughter, Taylor, have also traveled to many Four Diamonds events spreading the awareness of pediatric cancer and THON and have shared their story at the SMEAL College of Business Gala in Philadelphia, the Road to THON Celebration dinner and a countless number of high school Mini-THON’s in the past ten years.

Although Tucker’s treatments ended in 2007, Tucker continues to share his story to raise awareness of pediatric cancer. He has been a vital part in his school’s Mini-THON for the past four years, most recently being selected as the Overall Captain. Tucker, and his sister, Taylor raised over $8,000.00 this past year and Tucker has raised a combined four-year total of over $17,000.00. Tucker truly understands the importance of giving back to a community that has supported him through a life changing event. Although he might have been so young at his original diagnosis, he faces many struggles still today that are a constant reminder of his battle with cancer. This incredible journey, the ups and downs, and highs and lows, has shaped Tucker into the remarkable young man that he is today.

Now, a high school graduate, Tucker is fulfilling his life long dream. He will be attending Penn State University Park this fall with the intended major of Athletic Training. He wants to combine his love of sports, that was taken from him at a young age due to his cancer treatments and helping others to support athletes and help them return to their sport. Tucker and his family remain incredibly close to their Four Diamonds organization, Alpha Tau Omega and Zeta Tau Alpha. Tucker plans to become a member of the fraternity and remain very active in THON. He hopes to dance in THON his senior year, which will mark the twentieth THON Tucker has attended. 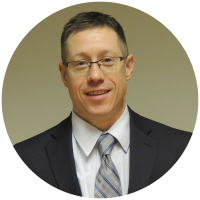 Todd Brysiak was born and raised in Delaware County, PA, and moved to central Pennsylvania in 2003. Little did he know at the time how important this move would be for his future family. In June 2016, after a month of flu-like symptoms and nagging leg pain, Todd’s daughter, Ashlyn, was diagnosed with Leukemia. She was only eight-years-old. Like any parents would be, Todd and his wife, Angela, were staggered by this diagnosis. Their vibrant, athletic little girl had quickly become a shell of herself and was fighting for her life before she was even old enough to truly understand the severity of this fight. Fortunately for the Brysiak family, Penn State Children’s Hospital was a mere 20 minutes from their home, which allowed Ashlyn to receive first-class care from one of the nation’s most recognized pediatric cancer hospitals. This began their story as Four Diamonds family.

From day-one, the Brysiak family pledged to share Ashlyn’s story with anyone who would listen. They wanted their fight to be one that raised awareness and drew attention to the need for broader support for pediatric cancer research and funding. In doing so, they have become proud advocates for children like Ashlyn and the Four Diamonds. Todd and Angela have been active participants in an array of Four Diamonds events, and they have shared their story at local Mini-THONs, including Cedar Cliff, East Pennsboro and Camp Hill. Ashlyn’s story has even become a central point for the Mini-THON at Roxbury High School in NJ. The Brysiak family remains incredibly close with their Four Diamonds organization from Penn State University, Ohana, and they are forever grateful for all that Ohana has done for Ashlyn and her little brother, Evan.

In August 2018, Ashlyn marked the end of her cancer treatment and officially became a “cancer survivor.” Todd and the entire Brysiak family continues to speak throughout the region on behalf of Four Diamonds, and they maintain their commitment to share Ashlyn’s story in hopes that it, someday, plays a role in driving the awareness that will cure pediatric cancer. 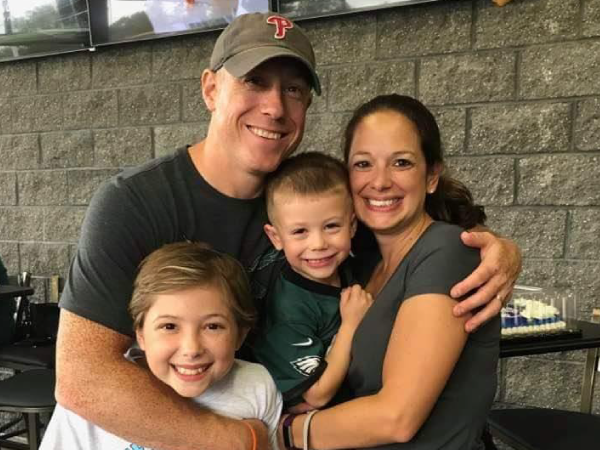 Barry has worked in Student Affairs at Penn State for 24 years, serving in a variety of roles within both Residence Life, Union and Student Activities, and Student Affairs.  He currently serves as the Senior Director of Student Engagement Programs.  Additionally, as a part of his responsibilities, Barry advised Penn State's Dance Marathon (THON) from 2008-2013.  He has worked with student leaders throughout his professional career and looks forward to discussing challenges and opportunities that come with student leadership.

Barry is originally from Cleveland, Ohio.  He has degrees from Miami University in Ohio and The University of Vermont. 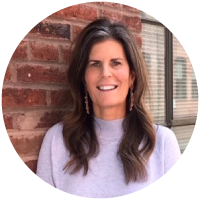 Allison and her team are responsible for recruiting almost 4,000 volunteers for the STEM, REAL Life and YES! Programs JA brings to middle and high schools across South Central PA. JA will empower over 40,000 students with these 3 programs and will reach a total of 100,000 students across all of their K-12 programming. Allison has implemented strategies and processes that engage prior volunteers, local businesses, organizations, parents, and the schools in volunteer recruiting.

Allison moved to York, PA from Boston 15 years ago and started her career running the Investor Services Department for Boston Capital, a real estate investment firm with a long standing commitment to investing with impact. Allison graduated from Nichols College where she earned a B.S. in Marketing. 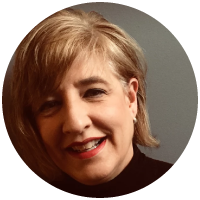 Pam has over 30 years’ experience in sales and marketing.  She is a PA native and attended Shippensburg University with a BSBA degree in marketing.

She has worked for agencies, small companies, and currently with the Blackhawk Network, which specializes in gift card sales and marketing.  She has also been involved with community activities including the Junior League of Lancaster, Manheim Township Education Foundation and Junior Achievement.  She used her sales and marketing skills at the volunteer level to increase awareness and funding for the organizations.

Pam loves to think outside of the box and look for ideas and solutions that will generate sales and creative excitement.

Pam lives in Lancaster, PA with her husband Bret.  They have 3 children and will be experiencing empty nesting life in August.  Their youngest child participated in Mini Thon committees at Manheim Township HS. 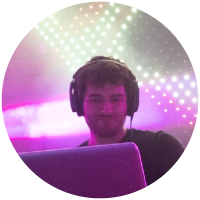 Alden has had a love of lighting design and music since he was in elementary school and always knew that he would turn this passion into an exciting and successful career in production. Beginning at the age of 12, with middle school dances and local birthday & pool parties, Alden followed his dream. Teaming up with best friend T.J. Platts, the two formally entered into a business partnership after graduating from high school creating FnP Productions. Several years later, Alden, a natural self-taught technical whiz, now travels the country designing and working on all levels of indoor and outdoor events ranging from private corporate events to school events to major concert and festival show productions. He specializes in putting together custom packages for his clients which include multiple levels of lighting, production design, special effects, and music/audio services. Alden also expertly and creatively fabricates specialized lighting effects such as FnP’s signature “4 diamonds,” which are a featured show-piece at high school Mini-THONs. Using creative strategies, Alden brings a wealth of knowledge and excitement to each of his productions. 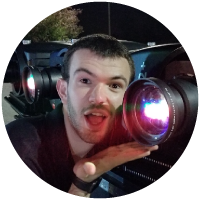 T.J. picked up on Alden’s love of production in middle school and continued to develop his skills on the visual presentation side of FnP’s services. Through an immersive hands-on high school internship, T.J. had the good fortune to learn from some of the best engineers in the industry while working on show-construction and effects for some of the hottest names in the concert tour industry. Bringing these skills and ideas to the FnP partnership, T.J. and Alden now co-design projects that regularly exceed their clients’ expectations with the “WOW” factor. Owning a wide variety of commercial production equipment and having the ability to re-configure and transport it to all different venues allows T.J. to develop creative solutions to meet the needs of all levels of clients. T.J. especially loves working on large-scale projects integrating both audio and visual components of the production. The Mini-THON Student Leadership Council, comprised of a select group of student leaders, provides feedback and input to the Four Diamonds staff on the Mini-THON program.  Council members meet with Four Diamonds staff members to provide recommendations on program elements and assist in developing solutions for program challenges. Council members also serve as representatives of the students participating in Mini-THONs and advocates for Four Diamonds and Mini-THON.  Finally, these students provide guidance on current trends with youth and their peers to help grow the Mini-THON program.

Search for a Participant

Get The Word Out